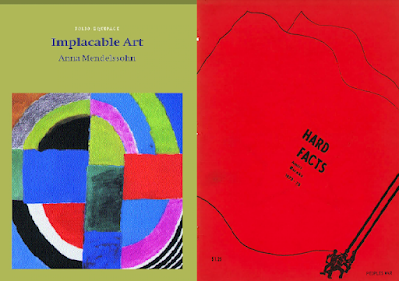 Two pieces on poets whose work--in very different ways--is intimately concerned with the relation of poetry to politics, to social movements, to the carceral policies of the State and the aftermath of the mass dissent of the 1960s, to an international and internationalist tradition moving across the Black Atlantic, across diasporas of various kinds, within and outside institutions from university to political party, that are constantly sites of sedimented power and constant contestation, no less today than in Anna Mendelssohn's or Amiri Baraka's work written decades ago.

"I worship at the Shrine of Poetry": An essay for The Poetry Foundation, introducing the work of Anna Mendelssohn (Grace Lake) and the astonishing, sprawling new Collected Poems, I'm Working Here, edited by Sara Crangle from the voluminous Mendelssohn archives at the University of Sussex, and available from Shearsman. (A tranche of recent Mendelssohn scholarship is available in a recent special issue of the Journal of British and Irish Innovative Poetry, co-edited by Vicky Sparrow and Eleanor Careless, and available free and open-access here.) 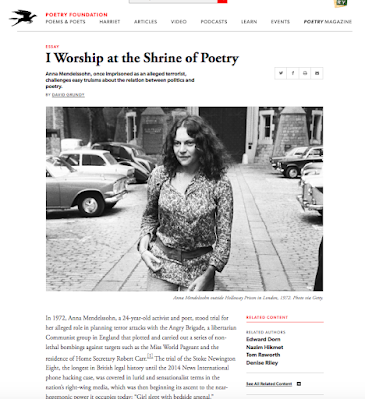 "Hard Facts": An essay on Amiri Baraka's turn to Marxism-Leninism in the 1970s, for, emerging from The Red and the Black - The Russian Revolution and the Black Atlantic conference, held on the one-hundred year anniversary of the 1917 Revolution at the Institute for Black Atlantic Research at the University of Central Lancashire, Preston. The essay is the final chapter in the second volume of two books relating to the Red and the Black conference: this one, Revolutionary lives of the Red and Black Atlantic since 1917, edited by  David Featherstone, Christian Høgsbjerg and Alan Rice, also has work by Hakim Adi, David Austin (whose book on Linton Kwesi Johnson, Dread Poetry and Freedom, came out from Pluto a couple of years back), on Hubert Harrison, Wilfred Domingo, Cyril Briggs, Grace P. Campbell, Raya Dunayevskaya... 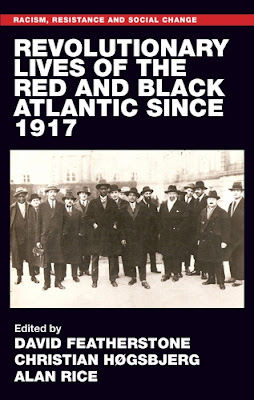 The essay itself moves through Baraka's turn from Black Nationalism to Third World Marxism--including the key role played by female comrades such as Amina Baraka, Jamala Rogers and Vicki Garvin--the organisational transition from the Congress of Afrikan People to the League of Revolutionary Struggle, the question of Black Marxism and historical forgetting. It ends with Baraka's neglected Marxist poetry, in the collections Hard Facts and Poetry for the Advanced (the latter available only in his 1979 Selected Poetry, an essential but out-of-print volume), along with the musical recordings by the Advanced Workers (two of which are embedded below), arguing for these poems emblem and tool of his developing political hopes, in which the relation between, poem, performance, and the context by which it is activated and which it in turn hopes to activate, is more prescient than ever in Baraka's work: "art as verb rather than noun, process rather than product". For too long, the general image of Baraka has smoothed over the inconvenient fact that he was and remained a Marxist for the majority of his career, and I hope this, along with work like James Smethurst's brilliant recent Brick City Vanguard and Anthony Reed's Soundworks, begins to change the story we have of Baraka, and of Black Radical culture in general, in a time when historical forgetting is perhaps more prevalent than ever.

Hey David, trying to get ahold of you. My name is Jordan, I used to follow your film blog years ago. Please email me at Garlandgreene@att.net thanks :)