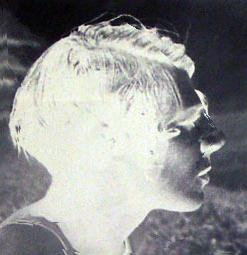 Rarely can I say that I have felt such impact from a piece of theatre. Hardingham rips out lines and phrases from Shakespeare’s play, adds in his own, puns desperately and viciously and fixatedly on like-sounding words, seemingly an act of mutilation comparable to the eye-gouged Gloucester’s agony. It all takes place in the ‘black box’ of the Judith E. Wilson drama studio, buried away beneath the Cambridge English Faculty. This Friday, afternoon the audience is small; just two rows of chairs, brought forward right to the front of the ‘stage’. The floor is covered in tarpaulin (black, of course), while a table is laden with miscellaneous props (though ‘props’ is the wrong word to use – Hardingham made them feel just as much actors in the drama as himself), and an audio system is used to produce various sound effects and fragments of music. Black-suited musician Jonathan Styles sits on a high stool, his face hidden by his copy of the script, his sung/ guttural-soft whisper emerging eerily and unexpectedly at various points. A diagram hidden away in the wall depicts the structure of the vocal cords. Hardingham himself moves with difficulty in the cluttered space, ceding an element of control as he appears to blunder round, tripping and stumbling – his use of the props is improvised, and there is a real element of danger. When he hammers a nail into his sleeve, or clambers on a chair while attached by a rope to the ceiling high above, things could easily go wrong. There is too much writing about ‘brave’ performances, but if that adjective can have any meaning in terms of a piece of theatre, it is here.

Another over-used word, but I truly felt shattered, just as Hardingham seemed to simultaneously shatter and coalesce into figures/ personas/ disembodied/ screaming ghosts articulating pain as abstract - yet intensely felt and physical. Physicality rather than any ‘transcendent’ aestheticization, the aesthetic as truly relevant to the body and its horror and desperation for glimpses of hope (hearing the sea - or thinking that one does so). All this added to by Styles' voice and clarinet as the disembodied absence of Hardingham’s enactments.

The piece begins mute, Hardingham’s mouth black-taped over, the persona of the sad-clown-king acknowledging the applause he has created for himself through the audio system, bowing to the silent and still audience. It ends mute as well, all the spoken enactment the impossibility of communication communicating itself, Beckett’s paradox. And that is true communication, no shit being shovelled and your being forced to swallow, not that travestied communion. Visual sonics, sonic visuals: his costume’s layers were gradually divested as the performance went on, though he always carried around his neck a wooden board on which he occasionally chalked a tally of the Acts, and against which a pair of scissors on a string clanked with what came to seem like the knolling of a funeral bell.

The awful series of catastrophes that end the play retained the original Shakespearian language almost complete; horror upon horror. But it was already past that stage of ‘what fresh hell is this?’, stretched out on the rack for longer than can be born. Longing for release, knowing that it will come and that longing will seem petty, selfish, unengaged. Disengage.

It was a harrowing enough experience to be an audience member, but what it must have taken from the performer, what he gave to it is truly inspiring. Ingesting salt and what appeared to be putty, smearing and clambering, spitting out shards of Shakespeare, shards of a broken bottle once more shattering, bleeding underfoot but carrying on. It may be hard to look at 'Lear' the same way again.
Posted by david_grundy at 11/27/2008 11:18:00 am 1 comment: 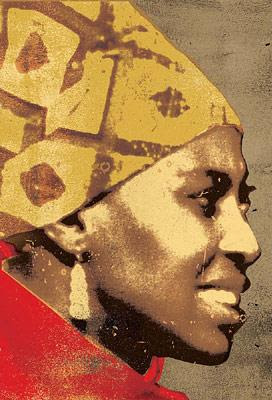 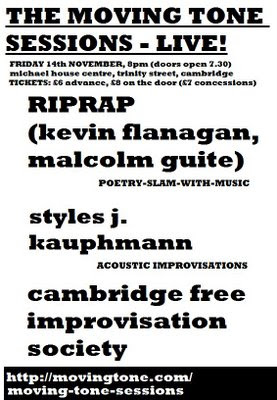 Change we Can Believe In? 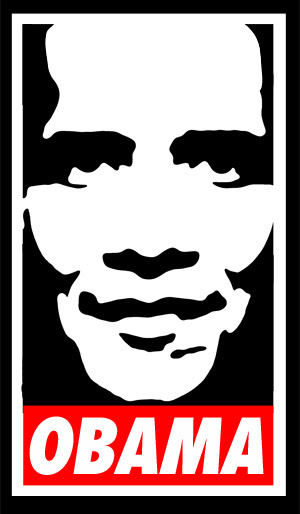 I can't say I'm over the moon. I was more than a little spooked by the prospect that McCain could get in - well, more than that, that Palin could get in. I had visions of McCain stepping up to make his victory speech, clutching at his chest, collapsing to the ground...Doesn't bear thinking about really, and that worst-case scenario is now safely out of our minds. But in all the euphoria, I wonder how much 'change' Obama really will bring? He may mean well, he may desire to bring change (hell, Blair and Bush thought they were doing God's will!), but such high hopes and the realities are sure to be a long way apart. Concessions will be made, the real power will probably lie behind a team of backers and moneymen with their own interests to pursue. I disagreed with the way Obama voted on the bailout, and that doesn't fill me with hope for his economic policies. I'm not sure about his foreign policy either - yes, troops from Iraq, but US presence in Afghanistan is regarded as beyond criticism, and what would he do about Iran when pushed?

Incidentally, I don't know how the Green Party expected to get very far when their website was down just a few hours before the elections. Which is a real damn shame; people whose view, I think, if they stopped to think, would be a lot closer to the Greens than to Obama's, have been swayed by the rhetoric, the hype, the hope - perhapos most of all, the idea that an African-American could actually become president (which will, of course, allow people to say that all's well with the world, look what progress we have made, a black man sits in the White House, racism is over!). Not really too much change to believe on, on that evidence.
Posted by david_grundy at 11/05/2008 01:01:00 pm 2 comments: