On 'Agitprop: An Ode' 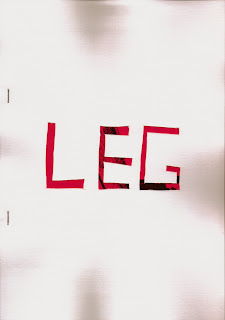 Is Luke Roberts’ ‘Agitprop: An Ode’ (published at the back of ‘Internal Leg and Cutlery Preview’, ed. Mildew, Cambridge 2014) a Spring Awakening, or a side-ways registration of a crisis point in the intricately and / or polemically demarcated political investment and involvement, purported or sort, of recent British and American poetry? And can these things even be opened up and talked about? As in: where are we now at? In any case, Spring comes in as and through the figure of peasant stupidity, crapping in the vases at the Winter Palace, “degrading beautiful things” as per Gorky, “on my own ass optimistic how quaint”. Or, as a student, you live paranoid on a road with police, the easy enemy, writers play dead and dumb, a generation is dead and speaking on (and you are stepping over the wreckage), the kidnapped daughters of the rich become revolutionaries then recant or is this a tactical defence against what they did when ‘brain-washed’, how far left can you turn? There’s an enthusiasm for those extremes, “the whole mythical history of kidnapping” for the house-arrest or kidnapped or willingly participant Maoists, Comrade Bala, Patty Hearst (my spell-check said ‘Hearts’), which has to check itself with a swift deflating punch to the gut: cf. “cutting everyone’s throats in Paris”; cf. “the terrorist attacks in / Russia were good / afford no better word / than that” (Josh Stanley, Contranight Escha Black). This might be similar to what pastoral peasant stupidity is doing here, reclaimed against the courtly manipulation of a tamed image of that for the entertainment of the men and women in the palace, “[not] mention[ing] the slaves” in “diversions of a pleasant kind”. It won’t fit, in “many bad analogies” won’t quite properly sit down.

Similarly: to what extent is the invocation of Pasolini’s notorious diagnosis that the police were the working class subjects whom 1968’s revolting students invoked as the demon bourgeois daddy to be expelled, in a new leftism which would soon shrink back to the managerial function - as commented on in a recent blog post by Richard Owens - or the anecdotal seeming-denunciation of trade unions as ‘the left wing of capital’, aimed at marking a crisis point both in older (say, Leninist) modes of organisation and the young, bourgeois ultra-left? And where does poetry, its autonomy, or not, fit into this? The quotation in question comes like this: “The poet dreams of totality, / but Pasolini sided with the police”, which goes onto a chiming bathos rhyme with ‘fleece’. The role of rhyme in this poetry, as, indeed, in that of Owens (see ‘Now the Screaming Starts’ in the Leg, and ‘Pennies from Heaven’ in Materials 3 ) is absolutely parodic and, or is it satirical in its use of rhyme, as against some recent thought-theological experiments with what a valourized metre and rhyme can do; and this in turn perhaps has something to do with the argumentative operation of this poetry, wanting and being easy in its flow but in a way that pushes that over the edge of its own skill, crossing across the page in intricate lineation which both imposes a feeling of formal control and enhances the abundant haphazardness that sometimes to slip in. Scuffed polish, flecks of mud or blood or shit on the shoe, moments of alarming tragic-comedy, directed at the poet themselves, by the poet themselves (though perhaps more so in the poems in Roberts’ recent Left Helicon (Equipage, 2014)), “fainting at the hot dogs”, “ashamed and angry”, “young, stuck, and desperate, / pissing in mid-air.” There’s at once an embarrassment at (deliberately amped-up and self-mocking) and a pleasure in this figure of forlorn domesticity, harmony in love, “domestic commitments on the world stage”, the ordering of the house (eikos) which will “always be prais[ed by] tourists”, and the economy of love and desire and commitment at home, with the figure of forbears (“your ancestors, / patrilineal”) or children as a hope that must be criticised for its bourgeois gendered construction and yet is also held out, as with spring, or pastoral, a future promise not stuck on or into historical re-enactment and perhaps only present as a romantic and sentimental trend, but still being that which is “the brief” to “continue to live”. There is, as in much of Roberts’ poetry, a certain privacy of reference here, and privacy either is or is not the right word, submerged, collaged, or disguised quotation as the patch-work form of making; and yet it, and those last lines quoted in particular, is not just personal in the sense of a self-romanticized male woundedness, imagining itself so perfectly in touch with gradated depths of real human feeling, but applies to the “whole generation of poets playing dead”, to any dying of a rising hope, a movement quelled and temporarily hushed.

The rhyme with ‘police’ is on ‘fleece’, and the question or the image-range turns into one of clothing, and uniform, “becoming didactic, / slipping in and out of uniform / as it suits” a satire on too-easily assumed extremes of righteousness or certainties of position – when, after all, what is the poet’s admittedly precarious but nonetheless at least temporarily stabilized academic positioning but an “insufficiently insurrectionary […] work placement for three years paid for / by the state”? Even as the advancement, “flexing up their brands and flawless assets / in advance”, of radical political poetry for careers and years in forced competitive racking up of words and publications, the advancing of your theory treading out some new and unique ground, the courting of the publishing house, is not yet, for the poet on that generational cusp, the issue. And even as the tone here as ever shifts, so that what is said is in part polemic, but a polemic already anticipated in an irony which is not quite, though it could quite easily become, a defence mechanism; or rather, a necessary and corrosive scepticism which is more than just a self-perpetuating turning inward, but a part of a broader critique that is necessarily uncertain because of objective social circumstance, and must thus be reflected in confusion, self-abnegation, etc. And even as an apologist tone for this is satirized (“so I send my apologies”), uniform turning into a list of parts rather than wholes, totality boiled down to a covering commodity which blocks out the ‘rural idiocy’ of a shambling, ugly smell: “Excellent coat, / excellent new deodorant, / excellent boots.” The totality that the poet dreams of is always fractured, means you would have to think about, say, at least the following three things. (1) The imminent potential break-up of the EU, the rise of nationalism, fascism, civil war and ethnic conflict. (2) The objective position of the student, which, in the wake of the defeat of the student movement already-nostalgically valourized as possibility (as it’s so much harder to do for the riots which ‘we’ didn’t participate in, even if some have tried (see Hind and Mildew's We are Real + review in Hix Eros 3)), and which, of all the writing that came out of it, only really Danny Hayward’s piece for Mute even begins to get at. (3) The fact that, emphatically, ‘totality’ cannot mean an agitprop which imagines a stable audience and an older model of the working class to be preached to and converted, converted and preached to.

The poem describes itself as “inconsistent”, the poet wanting to “side with the poems” as against their instrumentalisation, ending with a register reduction after that totality and the reach back to history, to pastoral poetry, the peasantry, the police, Pasolini, and so on, to the “stories / of our absence / told to you and you alone”. This isn’t as bleak as it sounds, because while ‘you’ are alone, I am telling you this, so that there is a ‘we’ even if it is absent (cf. “The poem is about disappearance”); I am telling you why or how ‘we’ (a larger dreamed-of ‘totality’, perhaps) are not here, but in doing so we are still here, intimacies that are always heart-broken or fading away or dreamed and projected and fragmented, and ‘you’ still ‘imagine me’, even if this a fantasy, and the daughter who is not there (“my daughter’s name was Olive / in the singular”) is nonetheless a reminder against any jouissant dissolution to nihilistic nothing, that “the brief is to continue to live.” At the end of A Hunt for Optimism, Victor Shklovsky imagines the writer getting onto the tram “carry[ing] a live bird – his heart – in his hands”, which they must protect; and yet this is not just a model of refined sensibility against the jostling of ‘masses’ and practicality, but can actually become a mode of transmission, of communication, so that this writer’s heart is actually your heart, “hidden in the chest of another man”, gifts and possessions which must be nourished and protected, the poet or the writer feeling love for each one of them beyond and as their class position. (Remember too that Karl Marx felt that poets should be nourished, protected, their little idiosyncrasies tolerated.) A.B. Spellman’s 1964 poem ‘To my Unborn and Wretched Children’ also concerns privacy, interiors, acts of provision and communication. It is a short poem, uncapitalized, and works variants on phrasings around home, life, hurt, want, clothing, and the sacrificial singling out of the singular ‘me’ (“let it be me”). Its first two lines are as follows: “if i bring back / life to a home of want.” To bring back life is to bring back to life, even as the poem plays with this bringing back being a kind of economic provision, for the ordering of that home, to clothe and care for hurt and want, bread-winning; but to go away, and to come back, with life, is not necessarily just to fix that home in the patterns of love that must be directed and crushed and squeezed out of and by an alienated labouring ordering. In ‘Agitprop: An Ode’, with “reserves of grief” “surveying the wreckage”, “catharsis” and “climax” no fun and no wallowing in misery, you “fall in love with self-criticism” but that can never turn into an inverse or inverted form of self-love, right off by being right on. In kidnapping you go away, are absent, and then you come back, changed or damaged, or perhaps converted and cleansed. What terms the poem kidnaps here, or whether the poem itself is that which is held for what ransom, are the wager its reading and its readers must propose.
Posted by david_grundy at 5/10/2014 06:13:00 pm No comments: