“And that is the nature of the historical moment...": On the London Riots, August 2011 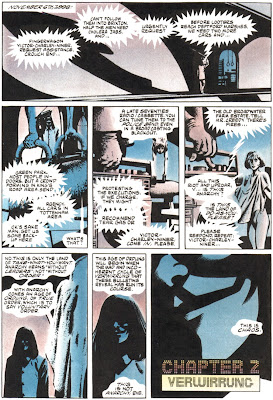 Saturday 6th August, 2011: family members, community activists and local residents marched from Broadwater Farm to Tottenham Police Station, to protest the police shooting of local man Mark Duggan. Demanding to speak to a senior officer, they were refused dialogue, and stayed outside the station for hours, waiting to be spoken to, waiting to be heard. The arrival of a younger crowd and what seem to have been the usual heavy-handed police tactics (there were rumours that cops had attacked a 16-year old girl) then sparked off what turned into a full-scale riot, a riot which has since spread, in the past few days, to Brixton, Liverpool, Manchester, Nottingham, Birmingham. Prime Minister David Cameron has returned from his holiday and is talking about authorising the use of water cannon and plastic bullets on protestors. Memories of Brixton and St Pauls in the 1980s come flooding back. Of course, seeing all this on the television and thru the prism of the internet is a totally different thing to seeing it on the ground – mis-information, wilful or not, confusion, rumours, outright lies, knee-jerk opinions and reactions abound, and one has to pick one’s way thru the mess. Seeing the disparity between what was being reported on ‘reputable’, ‘balanced’ news outlets, and what was actually happening in-situ, during the November 2010 education protests, is proof of that, if proof were needed. So what to make of it all?

The quotation that I’ve appropriated as a title for this post comes from Darcus Howe, being interviewed by a typically hostile and aggressive BBC journalist who, rather in the style of ‘Hard Talk’ frontman Stephen Sackur, attempts to force him into a ‘gotcha!’ endorsement of the riots. She doesn’t get that (instead, she’s deflected with the rather wonderful “I have never taken part in a single riot. I've been on demonstrations that ended up in a conflict. And have some respect for an old West Indian negro, and stop accusing me of being a rioter. You won't tickle me to get abusive, you just sound idiotic. Have some respect.”), but Howe does say: “I don't call it rioting, I call it an insurrection of the masses of the people. It is happening in Syria, it is happening in Clapham, it's happening in Liverpool, it's happening in Port of Spain, Trinidad, and that is the nature of the historical moment...” Howe is not, as I take it, arguing that the riots are genuine revolutionary action (he make it clear that he has never been a pure rioter, but a politically-motivated protestor), but he is saying that they are more than just mindless thuggery; that the political, economic, social and racial causes behind them deserve closer examination; and that the fact of these riots cannot simply be tut-tutted away by ‘non-violent’ liberals or rabid, racist conservatives.

Of course, the spark for the London riots *was* political – the shooting of Mark Duggan, which is just a single point on the edifice of racial profiling, unexplained deaths, and general brutality for which the police never do, and never are expected to answer (as if, perhaps, ‘it couldn’t happen here’ – yes, America, images of Miles Davis covered in blood outside Birdland, perhaps, or Thelonious Monk gifted years of mental trauma after an unjustified beating, or Oscar Grant, yes, how could we forget him? (ok, we'll grant you Smiley Culture, yeah, he died here, didn't he?)). But, in the transition to a full-blown riot, the original motivation becomes lost in a sea of other, individual and collective motivations – resentment at the poverty in which one finds oneself and the contempt with which one is daily treated; resentment at the lack of horizons, at the insistence that this is how it is and will always be, that *you* are the unavoidable by-product of economic policy and are regrettable but disposable, human cannon fodder/ 'collateral damage' in the worldwide war of free-market economics – anger even more personal than that, at a failed relationship or the way that is entwined with the social – losing one’s job and its personal consequences, failing to get a job, going back to the job centre to be treated with snooty derision, seeing oneself lambasted and parodied or just ignored in the news media, on the shiny televisual box that shapes how everyone thinks – maybe even a desire somehow to ape those action heroes one sees on that same box, to be a warrior, an action man, to engage in physical acts of violence as an assertion that yes, you are making a mark on the world, yes, *you are there.* It’s this super-abundance of motivations, and, at the same time, the negation this produces – the sense that one doesn’t quite know why one is doing this, why one is smashing this particular window or taking this particular object (beyond the fact that one is told all the time by big papa advertisement that it is desirable, you’ve gotta have it (the blackberry, the trainer), even if you can’t, can’t afford it, could never afford it) – that spreads, almost organically, in the riot: no programme, no specific relation between ends and means, no end(s) in sight, just this pure act, this open moment of negative possibility. The only alternative to poverty one is allowed is the spurious notion that one can somehow pull oneself out of poverty, be Alan Sugar’s apprentice, bawl out a tried-and-tested number on The X Factor, be mocked or paraded or degraded in the freak-show spectacle of Big Brother, exist in that other unreal-world of Z-list celebrity, Botox, bling, false smiles and breasts and lives – the only alternative is to be rich, to be born somewhere else, to get lucky; and the only *real* alternative, now, is to riot, to still be in the place and the situation in which one was the day before, but to transform it, yes, negatively, but still to transform it, for a few days at least, before ‘normality’ is restored by the big guns (plastic bullets, anyone?), before police sentences are slapped down (and Mark Duggan’s murderers are never touched, of course, of course), before Liberal/Tory condemnation dies down and we all forget about the temporary inconvenience of the England-Netherlands football match at Wembley being called off, or that we were worried the Olympics might be affected (O God forbid).

Hey, I’m not *celebrating* the riot: let’s face it, most of the internet commentators who seem to some extent to be sympathetic to the rioters, who, at least, don’t call them animals and scum and say ‘bring back thatcher’ and ‘this is like planet of the apes’, would be fucking terrified if it was *their* street that was on fire, *their* corner-shop window being smashed, because they don’t know what it’s like to live without horizons, without a university degree that enables you to talk about Marx and sociology and the real political causes of the violence etc etc, without the privileges they daily enjoy even as they condemn the system that extends them these. I’m not excluding myself, I’m talking about myself, in fact, what courage of convictions I possess I don’t know, it’s easy to type a few hundred words while the news unfolds on screens before you – but, yeah, let me carry on for just a moment. I’m not celebrating the riot, but neither am I going to fall into the other camp, of weak pseudo-pacifist condemnation of what those nasty urban youths are getting up to. As Chris Goode puts it in an invaluable blog-post working thru his own thoughts on the riots, the binary choice we are presented with – that Darcus Howe is presented with by that idiotic BBC journalist (does she call him ‘*Marcus* Howe’ at the beginning of the clip or am I just imagining things?) – between ‘condemning’ and ‘condoning’ what is taking place, absolutely fails to grasp the complexity of the actual situation. If the violence was motivated by an actual political programme, with specific goals in mind, then it would be truly scary for those in power, then it would be, perhaps, true *revolutionary* violence – the fact that it isn’t renders it brief, impotent, disruptive, but it still exists as an objective fact, in some sense mimetic of the latent, implicit, hidden and not-hidden violence that allows capitalism as we know it, as it infiltrates nearly every portion of our daily lives, to exist, to continue, to suppress, to exploit. One could see it, in some sense, as capitalism turned on itself – every day you are tell you can and should and must have the latest gadget or item of clothing, the latest craze invented as a distraction in a self-sustaining, never-ending circle of acquisition and consumerism – and so when you smash a window and you take that pair of trainers for yourself, without paying for it, you are at once negating the system by eliminating that all-important factor of money, and you are embodying its values, those advocated attitudes of dog-eat-dog, take-what-you-can-at-others’-expense; embodying those values and turning them against the system that spawns them. This doesn’t make ‘looting’ a revolutionary activity – not in the semi-motivated, indiscriminate sense of vague boiling rage that would seem (to this outsider) to characterise the riots currently taking place – but it does make it more than simple stupidity, more than the thuggery and hooliganism of the Bullingdon Club (we smash stuff because our privileged position in society allows us to) or the Reading Festival-goers, middle-class kids who go on a rampage at the end of three days of drink and drugs and pop music. In other words, we can *understand* the riots, understand and even be excited by the potential that is there, for genuine revolutionary ‘movement of the people’ (in Fela Kuti’s words), even as its direction into blind shop-window-smashing and building-burning remains un-channelled, its energies un-directed, un-fulfilled.

Evey: "Is this the land of do-as-you-please?"
V: "No, this is only the land of take-what-you-want. Anarchy means ‘without leaders’, not ‘without order.’ With anarchy comes an age of true ordung, of true order, which is to say, *voluntary* order. This age of ordung will begin when the mad and incoherent cycle of verwirrung has run its course. This is not anarchy, Eve. This is chaos. Involuntary order breeds dissatisfaction, mother of disorder, parent of the guillotine. Authoritarian societies are like formation skating. Intricate, mechanically precise and above all, *precarious.* Beneath civilisation’s fragile crust, cold chaos churns. And there are places where the ice is treacherously thin."

Let’s say now that we’re witnessing chaos. But let’s say too that there is the potential for anarchy – or, if you don’t hold to that political persuasion, for that afore-mentioned revolutionary movement of the people. (The rioters are Black, Jewish, White, Men, Women.) Yes, the crack-down will begin and things will return to the way they were – but not even that, the charred buildings and the smashed windows that will take months to repair will provide a constant physical reminder of what happened – and, more importantly, tremors such as this, added to the more politically coherent protests and marches of November 2010 or March 2011, added to the Arab spring, added to everything, suggest that the earth-quake to come may be more than just a simple riot.
Posted by david_grundy at 8/10/2011 02:08:00 pm No comments: