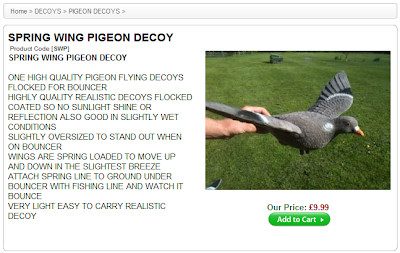 A decoy is usually a person, device or event meant as a distraction, to conceal what an individual or a group might be looking for.

'Spring Decoys' was a festival, I guess you'd say, that happened in Cambridge over four nights the previous week: this year's version of the Miscellanous (theatre?) Festivals which Jeremy Hardingham has been curating in the Judith E Wilson Drama Studio for the past few years and which have seen some extraordinary collisions and collections of poets and performers and musicians, extending often from seven in the evening till three in the morning – energies of productive chaos and some sort of social sense derangement, energies which you can take within you as tinderbox or as constellated spark which can't ever be fully translated outside that place's seal (even when you're inside that very place, that drama studio, again, for some other event), but which yet you do take, you do carry, in readiness for expected or unexpected re-prompting, re-flaring. The come-down is what's worse, and the chronicling or cataloguing of what did occur schematically is a part of that, but how else to make a sense of it beyond that it was, merely, a good one-night last stand?

So, yes, the Decoys were, then, drawing on this spirit of Miscellaneous Festivals past, the difference this time I suppose being that 'performance' and 'poetry' each had their slots on different nights (Wednesday's event in particular, involving Ollie Evans and Ian Burrows and Lisa Jeschke and Lucy Beynon and Irum Fazal and Jeremy Hardingham, deserves a write-up which I haven't given it). Though the poetry event was far from a simple 'poetry reading', Justin Katko (that night's curator) maintaining, throughout the evening, an improvised noise jam (some keyboards / some max msps / some recorders and some kazoos / some record players / some melodicas / some korg monotrons) which played thru the intervals and even under and into some of the readings (most notably under Jonathan Redhorse's rhythmic and droll prose delivery and, at that stage of quiet spaced-out drifting concentration that inevitably sets in at the end of such a long and varied evening, under Samantha Walton's reading, accompanied with artless tenderness by Jow Lindsay on Jandekian plugged-in piano). At various stages, too, Jeremy Hardingham enacted extended or momentary solo performances which seemed both to work alongside and against those readings whose sonic and physical space they shared. Indeed, the evening was visually dominated by a construction he'd rigged up along the centre of the room (the audience placed around the walls' square) -- a row of large envelopes bundled into bag-shapes, filled with pieces of paper confetti (stage-snow, I guess), and dangled from the ceiling on ropes and electric cables, large pieces of squared paper taped underneath, to the black box's floor. Occasionally, he would perform a sudden act of what one might either term vandalistic outburst or creative opening up (evacuation?), unravelling, revealing what lay inside the initial formulaic blankness of the envelope scrunches, ripping and dropping fire exit signs, hammering white-painted wood constructions, crawling and contorting and eating paper snow and white dust.

But that I've written on his performances at this length doesn't mean that they dominated proceedings: there were 18 readers in total, one turning up on the night and asking to do something – which he did – the others mixed between Cambridge locals (who got five minutes each) and invited poets from out of town (who got fifteen): Marianne Morris, Sean Bonney, Ed Luker, Joe Luna, Jow Lindsay (tonight, as 'Sofia Stres'), Jonathan Redhorse, Frances Kruk, Danny Hayward, Samantha Walton and Jefferson Toal the visitors; Ryan Dobran, Neil Pattison, Tomas Weber, Caitlin Doherty, Connie Scozzaro, Luke Roberts, [Blank] the 'Cambridge poets'. As line-up this doesn't look 'established', though poets such as Bonney, I guess, count as 'big names' within the ridiculous but hopeful smallness of this 'underground’/ as it is: yet, yes, it looks like a young scene, and a varied scene, no 'Brighton' school or 'Cambridge' school, no Prynne vs Sutherland vs London debates, but an invigorated and ironized and heartfelt, often rebarbative, but in the end in some provisional way really collective, 'scene' (not even that word, which is too fixed, perhaps, though I don't mean to imply that 'anything goes'). Now this seems something like the line Chris Goode lays down in his introduction to the 'Better than Language' anthology, with the additional overlap (outside a book) of performance -- the poets' noise ensemble, the presence of theatre makers (themselves often poets or deeply invested in poetry) such as J. Hardingham, O. Evans, L. Jeschke, L. Beynon, whether performing or in the audience. In all of this the ramshackle (conversational adjunct, private whispers and jokes, interval spilling (wine as well), the passed bottle of whiskey, bar zero, the endless negotiations with the english faculty's electronic locking system) existing alongside the purposiveness and intensity of thought and critique of the poetry itself, which was, in the end, why we were there.

To go through the readings one by one, oddly, perhaps. Marianne Morris' set, its early placing and non-combative (tho' not lazily or easily won) gentleness, its quiet emotional and moral resolve, as she read fragments, literally at times, small scraps of ripped paper with the words written there; this method of reading, presenting work in progress and in working method, offering it up outside the category of the 'finished', is a risky move and one whose results could vary -- but having seen Morris read twice now, on two succeeding Saturdays (previously at the 'Women Poets Against DSK' event organized to follow the traumatic protest against the shameful platform given to D. Strauss-Kahn at the Cambridge Union), it is a method which in those moments has perhaps said, despite my initial reservations, or done, or made us or I feel, more than the overt aggressive hammering rack/ratch-ets which too are necessary and kin to it, and into whose anger too it spills: and this was a quieter reading, certainly, than the first: and the poem dedicated to Mary Stillman, tho' I can't quote its substance back as I'd like to, was really, yes, beautiful in its non-naïve directness and wish. Ryan Dobran's poem with its wit, hanging out in an alley with Michael McClure. And the release of laughter in that, the first now enabled in the audience. Neil Pattison, one of the highlights of the evening, I thought, reading his new and very different work, which is bright colours and Delicate Steve and Skeletor (these poems were addressed to Skeletor) and his reading, shunning the microphone, pacing and looking up at those for whom the poem was shared, and looking up to show that this did mean something in poetry and in life, and it did. And Sean Bonney, all prose, the letters he's been writing for the past six months or so asking themselves about poetry's efficacy, and the prose poem as form, or discovering what formal hybrid between, in any case making in that an argument which we do need to hear and hear even if at moments there might be the flare-ups or disagreements that any such strength or force of conviction-polemic might engender.

Ed Luker, reading much the same set, I think, as that delivered at the Foule Readings last term, last year: again in that internet jargon'd, ironized register which maybe is a 'Brighton' thing in some way - Joe Luna's reading later doing it too, tho' differently; Tomas Weber, the wax wiped off in time, his hours of labour invested the previous week in the making of the four-page poem he read on the night, proceeding as it did oddly on that mixture of allusion and joke (the twenty different nationalities that made their appearances, the fleeting characters disappearing in the space of a line or a word, the strange role and negotiation played by semi-private methods of text generation, the Santorum song/ the ‘Kill Blinton’ laughter points). I've tried to write about his work in a report on a previous reading and didn't really get anywhere; and so here; somehow it still resists me in that way, even tho' it doesn't feel resistant in a closed or harsh way – it is not 'friendly', such an awful word, or easy, but somehow still open to what is brought to (bear on) it.

One of Jow Lidnsay's hilarious extended screeds, governmental names checked and over-balanced in multiplying satirical venom, those moments when he could be heard over the raucous racket(eering) noise which he'd requested from the 'house band' (so many miles here from Jack Kerouac and Steve Allen, it's not real). Joe Luna
’s poetry thru internet and irony defeating its own sudden lunges at utopic total universalism, seen as the only ground for ethical hope, head-spinningly, then spun back to the mirror or the filter, the window or the screen thru which passing data and role-play, tv shows jammed up on prynne, the unwitty circus, the plastic or pixellated selves thrown back at us thru which negotiating our real self, if that can be ever whole or non-complicitly separated (not yet), is the burden, placed, here, on and in and thru language.

Caitlin Doherty's first pamphlet has just appeared in a beautifully semi-wonky hand-made edition of 100 from Foule Press, and moves with incredibly dextrous assurance for a first publication thru registers from a page of sound poetry (read tonight) to choric dialogue which translated quite brilliantly into a collective performed realization at a Foule Reading last year: tonight was quieter, solo, newer work, I think, continuing the obsession with satellites that's translating into some really interesting riffs on technology – this is work that is really going places and should be kept on with for sure. Connie Scozzaro, reading just two poems, a shortness and a sharpness and a roughness; Jonathan Redhorse, about whom I know very little, tho' there are some engaging and really interesting pieces of his fiction that are internet searchable, with a sharp and smooth delivery I've already in part discussed or mentioned;

The fourth interval. No: these become blurred, I think the programme was departed from a little as things went on (probably eleven o clock at least by now). In any case, Frances Kruk, another prose work, the audience's flicking from Kruk to Hardingham's performing (as, again, I've mentioned) – I'd have liked to hear it better, because now I'm finding that I can't summon up incisive comment as I'd have liked (such slippings are inevitable, I guess; and in any case I wasn't sure I was going to write this up - to do so seems a little expected or boring, perhaps, now?); then, the fourth interval. Audience sliding around now, divisions between interval noise and reading less clear-cut: so, suddenly, Danny Hayward was reading, a long work, and as one would expect a politically incisive scalpel on the particular issues he'd chosen thus to excavate, excoriate; and Luke Roberts, for the second time that day, after the first reading in a long time, from the (excellent) 'False Flags' and a new work written in December -- that longer reading given at the Runneymede Literary Festival in London, this second five minutes only, a single poem only, again from 'False Flags', with its background preamble, Bobby Fischer and Kasparov, the poem if I remember correctly, and on looking thru the book, being 'The Sonar Deal';

One other reader; then to end it Jefferson Toal, whose work is really prized in these parts by those few who know it, and which should, on the evidence presented of it tonight, be prized outside, and known by more than a few. The noise back up and the tidying up and finishing the alcohol and eventually at after 2AM everyone going outside, that entire dark dream.
Posted by david_grundy at 3/18/2012 04:46:00 pm No comments: