I talked to Diedre Murray earlier in the year, and that interview is now out in Point of Departure, thanks, as ever, to Bill Shoemaker. We touch on her career as a cellist in improvised music, including her work with Larry Young (Khalid Yasin) in the 'Lawrence of Newark' band, with Henry Threadgill and Marvin Hannibal Peterson, with Fred Hopkins, with The Roots, and as a composer for the stage. A respected figure in the world of musical theatre for her arrangements of Gershwin, her collaboration with the likes of Chesney Snow, and as a composer of operas and musicals, Murray's prior career as an improviser has been sorely neglected in the often male-centric world of jazz criticism, but it's a crucial part of the legacy of American (and global) improvised  music. Hopefully this interview brings it some of the attention it deserves. 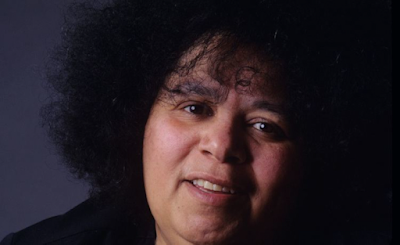 Also in the new Point of Departure, reviews of a Sam Rivers session, Undulation, and of the newly-rediscovered recording of John Coltrane performing the 'A Love Supreme' suite with an expanded group live in Seattle.  Another talk on that album, focusing more on its social and historical context, appears at Artforum, here.

And my essay on Gabrielle Daniels, writer-choreographer Ishmael Houston-Jones, and New Narrative appears in Journal of Narrative Theory.

Other things in the pipeline meanwhile, on the 'Occult School of Boston', musical responses to the Attica uprising, etc...